This is not what’s happened.

The truth is I’ve gotten busy. I’ve been revising my book (ARRRRRGH REVISING) and reading drafts for friends and occasionally putting on pants and leaving my house to interact with other humans.

What I have not been doing? Reading books that actually exist or are soon to exist, ie: filling my brain with content for this blog. Hence the great big NOTHING you’ve seen here the past couple weeks.

So never fear. This isn’t so much a scheduled break as a lack of inspiration. I’ll pick it back up soon-ish. In the meantime, if you miss me, come say hi on Twitter.

(If I fall off Twitter…send help.) 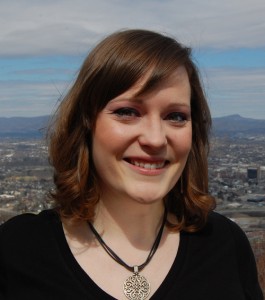 Throwback Thursday is a weekly meme hosted by The Housework Can Wait and Never Too Fond of Books.

Here’s how it works:

I’m cheating a bit, as this movie is not based on a book. But it’s chock full of references to Shakespeare, Walt Whitman, Henry David Thoreau, and others, and a huge part of it takes place in a high school poetry class. So I’d say it qualifies.

Plus, this is one of my top 5 favorite movies of all time, and I’ll take any and every excuse to talk about how much I love it.

Because it is amazing and moving and beautiful.

And…and I know I basically just used gifs instead of actually telling you what I love about this movie, which is lazy and I’m sorry, but now you’ll just have to go watch it to find out. Because I forgot what day it was and now only have 5 minutes to write a post before I have to leave.

Sorry. Planning and blogging FAIL on my part. Life has been busy.

This is a blog hop! Link up your Throwback Thursday post below! I picked up Hopeless by Colleen Hoover for one reason, and one reason only. This blog post by Myra McEntire. Sometimes I just want a book to wreak havoc with my emotions, and from the looks of things, this book would fit the bill. I started it one night when I was in A Mood, and YUP. Havoc wreaked. Achievement unlocked.

That’s what seventeen-year-old Sky realizes after she meets Dean Holder. A guy with a reputation that rivals her own and an uncanny ability to invoke feelings in her she’s never had before. He terrifies her and captivates her all in the span of just one encounter, and something about the way he makes her feel sparks buried memories from a past that she wishes could just stay buried.

Sky struggles to keep him at a distance knowing he’s nothing but trouble, but Holder insists on learning everything about her. After finally caving to his unwavering pursuit, Sky soon finds that Holder isn’t at all who he’s been claiming to be. When the secrets he’s been keeping are finally revealed, every single facet of Sky’s life will change forever.

From the very beginning, Hopeless sucked me in. It was one of those “just one more chapter” books, where the pages seemed to be flying by and time appeared to stand still. Until I’d look at the clock and realize I meant to go to bed 2 hours ago.

It starts benign enough. There’s humor and fun characters, and the inevitable meet-cute of Holder and Sky. The romance builds simply and sweetly, with lots of raging hormones and “awww” moments. But even though the first half of the story is relatively light, there is a constant unease simmering just under the surface of the narrative. A feeling that although things seem to be going well, things are not quite right, and when Sky figures it out, it’s all going to come crashing down.

And then it comes crashing down.

Sky was a great character to spend the book with. She was funny and tough, secure and smart. Not your typical self-deprecating, clumsy heroine. And the fact that she was such a strong, confident character made it that much more devastating when, in the second half of the book, she becomes very broken.

Holder was a typical misunderstood-bad-boy-with-a-heart-of-gold, but there’s a reason that trope is so popular. It works. While part of me (the cynical part) rolled my eyes at Sky’s immediate and overwhelming “I’ve never felt this way about a boy” response to him, before she even knows him, the way their relationship develops gave me all the good heart flutters. And then the more I learned about Holder and his past, the more I appreciated him. (Also, eventually, Sky’s somewhat over-the-top initial reaction is explained, making me feel kinda bad I rolled my eyes.)

Now, here comes the part where I give you a warning. The back half of this book is not light reading. There are some very dark and serious issues present, including sexual abuse and suicide, and they are not glossed over. That, combined with the other mature content, makes me need to disclaim that while I loved this book, I would not recommend it for younger teen readers. It may be about high school students, but I’d categorize Hopeless as adult, as I believe that is its primary audience. It deals with some very disturbing topics, and while there are fabulous grin-inducing highs, there are also some horrific lows. So. Proceed with caution.

Hopeless is not for everyone. It may not be for you, and that’s totally okay. It’s a book about healing and surviving after something unimaginably awful. But for me personally, I thought this was a brutally honest, often heartbreaking, yet ultimately uplifting story, with strong nuanced characters and writing that kept me riveted from beginning to end.