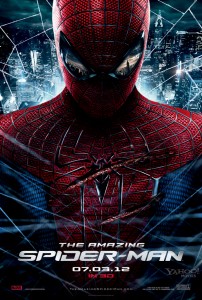 I’ve been trying to persuade my husband that he wants to go with me to see The Amazing Spider-Man ever since I first saw the trailer back in the spring. Look, here, I’ll show you.

Pretty awesome looking, right? But no. He said it looked “fine,” but he wasn’t all that into the idea of a reboot of Spider-Man so soon after the Sam Raimi/Tobey Maguire versions. *sigh* So I resigned myself to having to wait to DVD.

Then I changed my mind and decided to go see it with a girlfriend whose husband was being equally ridiculous. We were in the theater with a bunch of teenage boys, and THAT WAS JUST FINE.

Guys, this movie rocks. And here’s why. [WARNING: Spoilers ahead from the COMIC BOOKS. So if you’re not a nerd like me and don’t know what happens in the comics, and you don’t want to find out, you may want to skip this review.] 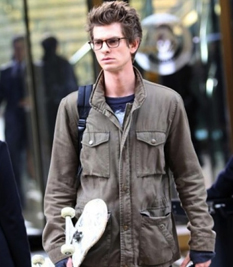 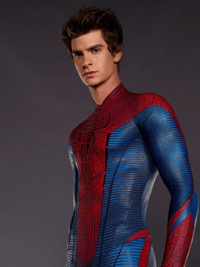 Don’t get me wrong, I thought Tobey did a fine job as Peter back in the day. But Andrew Garfield was Peter Parker. He really embodied the character, making me completely buy him as the witty, introverted, awkward boy genius. But I also bought him as the tortured and conflicted  vigilante. He wasn’t just some masked superhero that takes a lickin’ and keeps on tickin’. He was a kid, he made mistakes, and he got thoroughly beaten up several times — and then actually acted like he was sore afterwards. 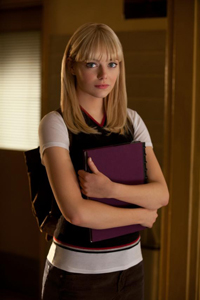 And Emma Stone was a fabulous Gwen Stacy. She was sweet and smart and feisty, and Gwen and Peter together lit up the screen. They were adorable and lovable. Plus, she actually served a key purpose in the film, and was not relegated to playing the damsel in distress.

Unless they somehow manage to get Emma Watson (which would be fitting, given the last name and all). I could probably like an Emma Watson MJ more than an Emma Stone Gwen Stacy. I think.

Oh well, maybe they just won’t kill her. Although that would be weird. 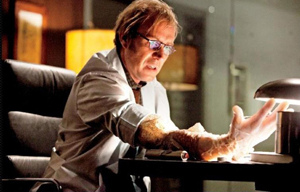 Okay, the villain of the movie, The Lizard, was a bit of a mixed bag for me. It was the same problem I had with Doc Oc in Spider-Man 2. You have a brilliant scientist, take something important away from him which causes him to do something rash, and he inadvertently transforms himself into a monster with a totally different personality. It’s that last part I have a problem with, and I know that part of the problem is that comic book villains tend to be kind of one-dimensional while they’re in their villain persona. But seriously, why would their personalities change once they give themselves all these unexpected new powers? And then why would they revert back later? It doesn’t make a lot of sense.

So while I really liked Rhys Ifans’ performance as Dr. Connors and felt he was sympathetic, conflicted and understandable, I lost that feeling whenever he completely transformed into The Lizard. He just turned into a patently evil comic book character bent on destruction (there is a small effort made to rationalize it by him saying he thinks he’s giving humanity a “gift,” but I’m not sure how he uses that to rationalize the occupied cars he decides to randomly hurl off a bridge).

BUT, this is no worse offense than every other superhero movie ever. It’s the Case of the Too-Evil Villain, and it needs a cure. But until then, I’m not going to let it ruin superhero movies for me, so I just accept it for what it is and move on.

Also, and I realize that The Lizard looks ridiculous in the comics too, but I could have done without the giant Joker-smile. But again. Small gripe. 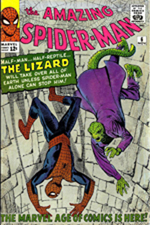 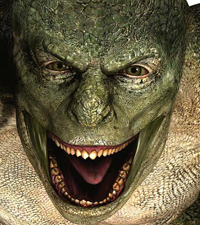 Martin Sheen and Sally Field as Uncle Ben and Aunt May 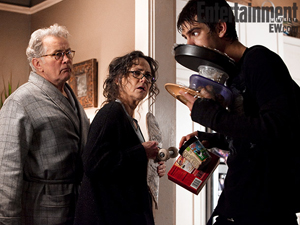 I loved the relationship between Peter, Uncle Ben and Aunt May. Of course, I love Martin Sheen in pretty much everything (have ever since The West Wing), so it’s possible that colored my judgement a bit. But I loved their interactions with each other and with Peter, especially after he’s been bitten and is trying to get a handle on his new powers (or, in the case of the above picture, metabolism).

But I will say, I felt his death more in this movie, because you actually see it all happen (if you’ll recall, in the ’02 version, his injury occurs off-screen and Peter finds him right as he’s taking his final breaths). And Peter’s reaction is heartbreaking.

Then his relationship with Sally Field’s Aunt May for the rest of the film is in turns tender and frustrating (on purpose) as she grieves Ben while trying to figure out what Peter’s keeping from her. They have a moment right at the end of the film that broke my heart just a little. Peter’s Aunt and Uncle aren’t a giant part of the film, but I really enjoyed what they brought to it.

It was great. I saw the film in 2D, and although I definitely noticed parts that were probably included for the sole purpose of making the 3D version awesome, I didn’t feel like I missed anything (3D gives me a headache and costs too much).

The Spider-Man swinging through NYC scenes were well done — you really got a sense of gravity and momentum, and it wasn’t just like he was flying safely through the city. You got the feeling that if he miscalculated, he could fall at any time, and it actually made me a little nervous watching him, because he was being so reckless. But it was a good nervous.

The fighting and effects were on par with what you’d expect from a big-budget summer action movie. Well-coordinated, entertaining, exciting.

Aside from my problem with The Lizard being too one-dimensional, I thought the writing was solid. Spidey was clever and quippy, just as I’d expect him to be. The science behind the origin story was slightly glossed over, but still solid (as far as comic-book science is ever solid). But all the character development and dialogue was well done, and that’s the important thing.

The only other big problem I had with it is that at one point, The Lizard does something to UP THE STAKES and we brace ourselves for EVEN MORE DESTRUCTION…then nothing comes from it. Kind of makes me wonder what the point of upping the stakes was in the first place.

I loved this reboot. I already had a soft spot in my heart for Andrew Garfield because of The Social Network and Never Let Me Go, but this pretty much sealed the deal. It delivered everything I like in a comic book movie: great action and effects, a likable hero, witty dialogue, high stakes, and a thoughtful interpretation of familiar and beloved characters. If you aren’t sure if this reboot is worth your time, it is.

The Amazing Spider-Man is rated PG-13 for sequences of action and violence.