Welcome to another Top Ten Tuesday, hosted by our friends over at The Broke and the Bookish!

This weekend, one of the contributors over at TBatB, Jamie, is getting married! Congratulations Jamie!

In honor of Jamie’s big day, the topic this week is:

This one’s fun, because so often in books (especially YA), the characters fall in “love” based on at least one (but most likely all) of the following factors:

1. They are both pretty.

2. They were forced to spend a prolonged period of time alone together.

3. They had an ADVENTURE.

And as we’ve all learned from watching Speed 2: Cruise Control, Annie was right. Those sorts of relationships don’t work.

No? Well, that’s probably for the best.

So anyway, our task this week is to come up with 10 books that break free of the curse of insta-love and shallow love and love by proximity. The ones where the relationships would probably have a shot in the real world, where there are such things as morning breath and bad hair days and money problems and laundry and mowing the lawn. It’s tough, but I’m going to try my best.

Um, there may be some spoilers in here, since it’s kind of rare when the characters get together right at the beginning of the book, and yet I would still think they would have a chance in real life. Most of the time when that happens, it’s insta-love, and I’m pretty sure they break up next Tuesday. Sorry.

And it kind of kills me that I can’t put Buttercup and Westley on this list, but seriously, they fall in love based solely on her being pretty as she orders him snootily around her family’s farm, then he leaves, then she’s kidnapped. Twice. Hardly the foundation for a lasting relationship. So while I really want to believe that their true love is the greatest thing in the world (except for a nice MLT), I need to be realistic here.

As an aside, it’s possible I may have gotten carried away with the YouTube compilations. But I don’t care.

10. Kaleb and Lily, Timepiece. Maybe they wouldn’t have gotten married, but their relationship just felt natural to me.

[I’m sorry. The book’s too new. There’s no fan art or YouTube compilations to be had. Just pretend you see a picture of Kaleb dressed as a pirate and Lily dressed as a tiger, ‘kay?]

9. Kathy and Tommy, Never Let Me Go. These two need a shot in the real world. I mean, seriously. I spent the entire book wanting to pluck them out of their terrible, terrible circumstances and set them free in reality. If you haven’t read this book, it is immensely sad, and made all the worse by the characters’ calm acceptance of their fates. Run away, Kathy and Tommy! Run away!

[Warning: This video MAY completely destroy you. At least, that’s what it did to me.]

8. Clare and Henry, The Time Traveler’s Wife. Theirs is a bit of a chicken and the egg romance. What came first, the time travel or their love for each other? They each kind of lead to the other. However, especially in the book, it’s evident that they actually are compatible and they do go through some legitimate real married-couple problems together, so I think even without Henry’s odd condition, they’d still be able to make it work.

7. Jo and Friedrich, Little Women. Disclaimer: I wanted Jo and Laurie together so bad. It pained me when she turned him down. Like, physically, in my gut. But seriously, this relationship is more realistic. She doesn’t get together with her childhood friend, and instead grows up, finds a job, and meets a guy she actually connects with on an intellectual level. So even though I will always throw things when Jo refuses Laurie, I think this couple would make it.

6. Allie and Noah, The Notebook. While highly romanticized, the world of the book actually is the real world, and they do get married and grow old together. And it’s not like romanticized stories never happen in real life.

[Side note: The husband really enjoys this song. And who am I kidding, so do I. Judge if you must.]

5. Jane and Mr. Rochester, Jane Eyre. I think what I love most about this story is Jane never strays from who she is to be with Rochester.

4. Elinor and Edward, Sense and Sensibility. Even in the world of Jane Austen, where everyone has their perfect match, I thought these two stood out.

3. Anne and Gilbert, Anne of Green Gables. I love the way their relationship grows from childhood rivals to cautious friendship to sweet romance.

2. Ron and Hermione, Harry Potter series. Their relationship is built on the foundation of a 7-year friendship. That’s pretty solid footing.

[I may or may not have watched this three times when I discovered it. And cried. Every. Time.]

[EDIT: I just found a better one, which is what is now shown here. The original Ron and Hermione video I used is here] 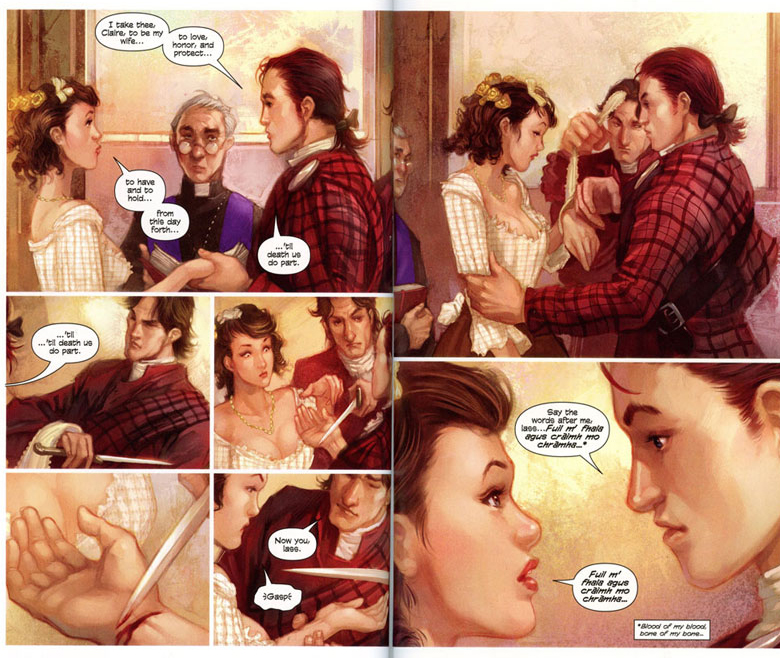