If you’re a new follower, greetings! I hope you enjoy my blog, and I’d love for you to follow me via LinkyFollowers, Networked Blogs, email or RSS. All follow options are in the sidebar. Be sure to let me know how you’re following in the comments so I can return the favor!

This week’s topic is simultaneously fun and super-hard. And here it is:

Okay. I love playing this game in my head while I’m reading. I love movies, I love film adaptations of books, and I like to play the “what if” game with myself.

But good grief, the books I’m reading now do not make this easy.

First off, the one I’m reading now, I’m just not far enough into it to cast. I’m only about 1/5 of the way through The Knife of Never Letting Go, and I do not know enough about any of the characters to cast them. So I decided to move to the one I just finished, Under the Never Sky. And it is hard.

You’re going to need to forgive me now, because I am just not up on my teen/child actors and actresses. I tried to pick mostly from people I’d seen act in at least something (the glaring exception being Aria), but that means sometimes they’re a bit of a stretch. There’s probably some awesome actors/actresses out there that I’ve never heard of that could do a great job on these roles. And the two child parts – Cinder and Talon – would probably do better with unknown actors. But saying “unknown” is no fun! So here we go. 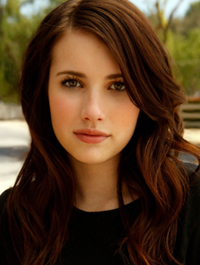 Aria is 17, dark-haired, beautiful, and was genetically engineered to be an angelic operatic singer. I haven’t actually seen Emma Roberts in anything, but I’ve heard she’s good, and she looks like I picture Aria. The singing would have to be dubbed though. While Emma Roberts is a passable pop singer, you need to have some serious pipes and be classically trained to pull off Tosca.

Perry is 18, blond-haired, muscular, and kind of scary. Let’s just ignore for a minute the fact that Matt’s actually nearly 28 years old. I looked him up thinking he couldn’t possibly be much past his early 20s. So apparently the boy (er, man) ages well. I really enjoyed him on his one season of Friday Night Lights, and while the rugged and savage character of Perry is extremely different from the squeaky-clean Luke Cafferty, I think he could pull it off. 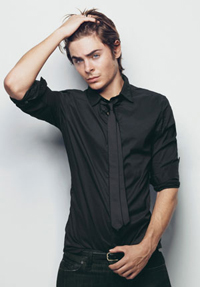 PLEASE DON’T HATE ME. No seriously. Roar is described as being dark haired, with movie-star good looks, and is highly charismatic and charming.  So, High School Musical aside, I actually think Zac Efron is a pretty good fit. 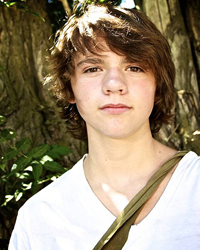 Yup, that’s the kid from Super 8. Cinder is supposed to be 12 years old, skeletally thin (so Joel – or any kid cast to play him – would have to lose some weight), and carries around a wariness and sadness with him. I don’t really know of a lot of younger teen actors, but I thought the kids were the best part of Super 8 (the alien sure as heck wasn’t), and I think Joel would make a pretty decent Cinder. 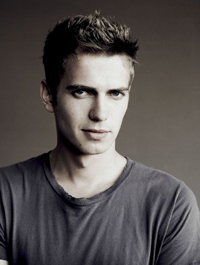 Vale is the leader of the Tides, and Perry’s older brother. I’m pretty sure Hayden Christensen could be made to look related to Matt Lauria. Plus, Star Wars prequel suckage aside, he showed he could play both sympathetic and sinister. We’ll overlook the fact that he overacted a tad (okay, a lot) in Star Wars, because it’s been 7 years since then and I’m assuming he’s matured a bit as an actor. 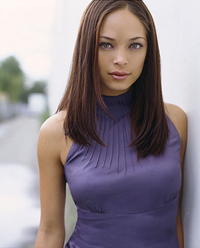 Rose is described as striking, dark and long-limbed, with high cheekbones and almond-shaped eyes. Now, “dark” could also mean African American, but the almond eyes say Asian to me. I’ve always thought Kristin Kreuk is beautiful and exotic, and I think she could do justice to Rose’s small part. 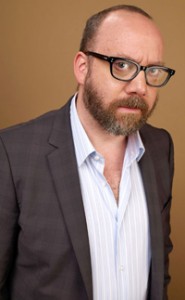 Marron is described as round-faced, blond-haired blue-eyed, short, and portly but graceful. Obviously I took some liberties with that, since I couldn’t for the life of me think of anyone who matched that description. Marron struck me as kind and gentle, but also quick-witted and intelligent. Paul Giamatti is an excellent actor, and I’m pretty sure he could handle everything the role requires. 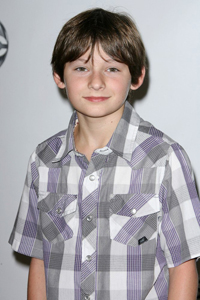 Okay, I know, he’s 12 and not 7. But he’s small and has dark hair, like Talon. And honestly, I don’t know many (or any) 7-year-old child actors. I actually think he’s mostly not-annoying on Once Upon a Time, and I’m going to assume that a 7-year-old living in a tribe under the Aether would look older than most 7-year-olds in your average 2012 second grade classroom. So I think it works.

She’s Emma Roberts’ aunt! And they look so much alike! I think that would be a fun cameo. 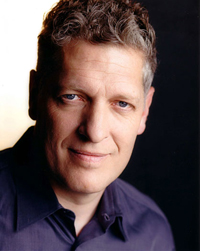 He’s supposed to be centuries old, but the only place you can tell is his eyes…which means the makeup department would have their work cut out for them. But what you can’t accomplish with makeup is the sinister darkness that needs to be part of the villain of the story. And Clancy Brown can do sinister darkness.

Phew. So those are all the major roles in Under the Never Sky. And that was ridiculously hard. I’m glad I’m not a casting director.