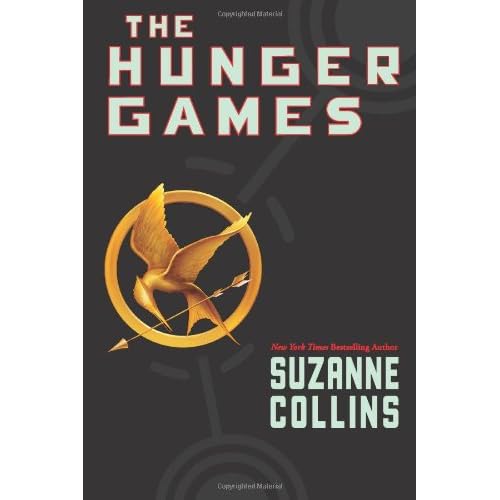 I read The Hunger Games several months ago. I never wrote down my thoughts, because thousands before me already had, and I figured I probably didn’t have much to add. Then I read and reviewed a bunch of other young adult dystopian fiction, some good, some “eh,” and came to the conclusion that if I’m going to judge all of them against The Hunger Games, then I should probably go ahead and review The Hunger Games.

This is a review only of the first book.

We all know by now what The Hunger Games is about. In a future version of the United States (now called Panem), the country has been divided into 12 Districts, each specializing in a different industry, surrounding a central Capitol. Years ago, the Districts rebelled against the Capitol. The Capitol prevailed, and as punishment for the rebellion (and as a deterrent against future rebellion), each year the Capitol forces each District to sacrifice 2 of its citizens – a boy and girl between the ages of 12 and 18 – to fight to the death in a barbaric gladiatorial arena for the amusement of the Capitol’s citizens. One will survive. 23 will die.

The decadent and pampered Capitol citizens, desensitized to the actual horror of what they are watching, view the televised Games as the height of entertainment, Olympics and action movies and reality TV all rolled into one.

Meanwhile, the oppressed citizens of the 12 Districts live out a nightmare, as they are forced to watch their children mercilessly slaughtered on TV.

And rebellion is out of the question. Each District is patrolled by Capitol-appointed “Peacekeepers,” there to make sure that they willingly send their Tributes and watch the Games like they’re supposed to. To resist is to guarantee death – or worse.

The heroine of the book is Katniss Everdeen, a 16-year-old girl who has managed to avoid the Hunger Games for the past 4 years. But that all changes when her 12-year-old sister, Prim, is selected to be this year’s District 12 Tribute. Katniss, terrified for Prim, volunteers to take her place — a decision which most likely guarantees a gruesome death.

Katniss is shipped off to the Capitol to prepare for the Games, along with Peeta, the local baker’s son. They are primped and polished, interviewed and pampered, and ultimately turned loose in the arena with the other 22 tributes.

Every single one of them knows, if they are not prepared to fight to the death, they have no hope of winning. And a peaceful sit-in is not an option – the country is watching, and the Gamemakers will guarantee a good show, even if it means unleashing mutant wasps or raining down fire on the tributes.

Children do die in this book. It’s horrible and terrifying and heartbreaking. You want to scream at the Gamemakers and Capitol citizens, “What’s wrong with you?” The book gives a chilling look at the insensitivity that would turn a blind eye to the slaughter of children in the name of entertainment and tradition.

It also gives us, in Katniss, a very flawed young girl. She is angry, stubborn and judgmental. But she is also fiercely loyal, protective, and determined. I don’t agree with all of her decisions in the book. I was actually a much bigger fan of Peeta than Katniss. But I can admire her determination to do what she has to, to return to protect her sister. She clings to hope, even when all seems lost. In the world she lives in, it seems like the only choice she has.

As a parent, it saddened me greatly to think of a world where parents would be forced to send their children into a situation like this, and where children would be forced to endure this kind of brutality and despair. And if The Hunger Games was just a stand-alone story, I may not have enjoyed it as much, even though it’s an exciting and engrossing read. But it is the first book in a trilogy, and does an excellent job of setting up the world that Katniss and Peeta live in.

The first book is sad. I cared about the characters, but I hated the world they lived in. I hated what they had to go through. It’s upsetting. It’s horrifying. It made me angry. And it’s supposed to. If this is the feeling you’re left with after the first book, it’s not a sign to give up on the series. It’s a sign you need to see where it goes.