I received a copy of The Darkest Minds by Alexandra Bracken from a friend, and I honestly had no idea what it was about. I must live under a rock, because I hadn’t heard all the buzz surrounding this book. So I went into this one blind, on a whim, and guys — it was a good whim.

When Ruby woke up on her tenth birthday, something about her had changed. Something alarming enough to make her parents lock her in the garage and call the police. Something that gets her sent to Thurmond, a brutal government “rehabilitation camp.” She might have survived the mysterious disease that’s killed most of America’s children, but she and the others have emerged with something far worse: frightening abilities they cannot control.

Now sixteen, Ruby is one of the dangerous ones.

When the truth comes out, Ruby barely escapes Thurmond with her life. Now she’s on the run, desperate to find the one safe haven left for kids like her—East River. She joins a group of kids who escaped their own camp. Liam, their brave leader, is falling hard for Ruby. But no matter how much she aches for him, Ruby can’t risk getting close. Not after what happened to her parents.

When they arrive at East River, nothing is as it seems, least of all its mysterious leader. But there are other forces at work, people who will stop at nothing to use Ruby in their fight against the government. Ruby will be faced with a terrible choice, one that may mean giving up her only chance at a life worth living.

From the first page, I was riveted by this story and this world. The concept of a disease that either kills or gives superpowers — and that death may be preferable — was amazing. It’s never explained why it only affects the children (and apparently, only American children), and it doesn’t really matter. Ruby doesn’t know, so we don’t need to know.

Then Ruby is sent to a “rehabilitation camp,” which reeks of all the ugliest parts of human history. Ruby spends her adolescence in constant fear and misery. She has a power she doesn’t understand and doesn’t want, one which has stolen all the most important parts of her life. She’s learned to hide it, more through instinct than through knowledge, but eventually, it comes out. And Ruby escapes, but her problems are far from over. It seems everyone she encounters either wants to use her or kill her, until she chances upon a group of renegade kids who are also on the run.

The kids she encounters — Chubs, Liam, and Zu — are all amazing characters. They’re different and well-developed, and I loved the different ways they approach their relationship with Ruby. Zu, in particular, impressed me, because Alex Bracken managed to make her this amazingly sympathetic and beautiful character, without a word of dialogue. Then there’s Chubs, who’s suspicious and harsh, because of his fierce loyalty to his friends. And Liam, who is trusting and gentle and wants nothing more than for his friends to be safe. My heart broke for Liam again and again, because while he was trying so hard to lead their little ragtag group, there were moments where I remembered, he’s just a kid. He’s not cut out for this, but he’s trying his best.

Ruby herself is both strong and fragile, broken but determined. She wants to believe the best of others but the worst of herself, and sometimes makes poor decisions because of this. I like that she was a very flawed and damaged character, and that one of her main struggles wasn’t external, but internal. Watching Ruby learn to — maybe not embrace, but accept her powers was wonderful. I did have one small complaint with Ruby, and that is for a kid who went to the camps at ten and lost all contact with the outside world, she seems to know quite a bit about pop culture and classic rock. I mean, she can recognize the synthesizers and vocalist of Pink Floyd, even though she doesn’t know the song? Maybe I’m out of touch with the ten-year-olds of today, but that seemed like a bit of a stretch for me. However, that’s a tiny complaint. Just something that took me out of the story now and then.

As for the pacing, this book is kind of a slow burn. There’s a lot of tension, but not a lot of action for long stretches of time. I personally was a big fan of this, as I thought it added to the story’s atmosphere, but if you’re looking for a book brimming with action and adventure and superpower battles, this isn’t it. Those things are certainly present, but they’re not the main drive or focus of the story. But I was never bored. The dialogue is fabulous, and as I said before, the characters are wonderful.

I don’t want to say much more about it, because there are some fabulous plot developments that, while I saw some of them coming, were just so perfect for the story and Ruby’s growth as a character. And the ending is heartbreaking, but perfect, and left me itching for the sequel.

Overall, I thought this was an excellent book with strong characters, a fascinating and terrifying world, and a tense plot that kept me rapidly turning pages until the end. If you haven’t checked it out yet, you should.

Edit: So I know this video has been out for over a year, but I just saw it last week because I am not hip enough to see things when they come out. And it IMMEDIATELY made me think of this book. So much so that if the kid was a girl and they stuck the book’s title at the end, it could almost be a book trailer.

Also: most. Aggressive. Earworm. Ever. 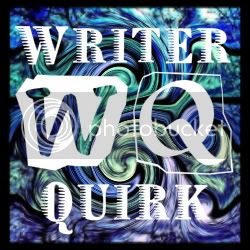