And what better film to kick it off than the one currently dominating the box office, The Hunger Games? 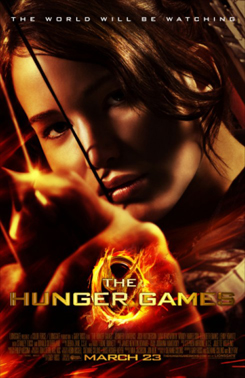 If you want to brush up on the basic plot, you can read my review. But if you haven’t read the book or seen the movie, you probably don’t want to keep going. Because I’m about to get into spoiler territory, which means you’re about to get either lost or annoyed.

For the most part, I thought the casting was spot-on. Jennifer Lawrence was a perfect Katniss, Josh Hutcherson was a charming and empathetic Peeta, Amandla Stenberg broke my heart as Rue, Lenny Kravitz was a cool and composed Cinna.

It probably helps that I read the books after the movie had been principally cast, so even though I wasn’t very familiar with a lot of the actors portraying the leads, I at least had their images in my mind when reading. And because I was aware of who was cast when I was reading, I can honestly say that for the most part, the casting, makeup, and wardrobe department did an excellent job of making the actors look the way Suzanne Collins describes the characters.

There were only a few characters where the casting surprised me. None of the actors were bad (Wes Bentley in particular was pretty impressive) — just not what I pictured from reading the book. These included: 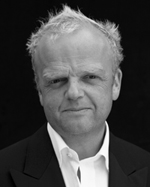 Toby Jones as Claudius Templesmith. (Couldn’t find a picture of him in character – sorry). I pictured someone boisterous and imposing, to go with his big, booming voice. I’m not actually sure if he’s given a physical description in the book. I just pictured him having a very dominating physical presence. But they reduced Claudius’ character to a very minor one in the film (I think mostly to bolster the role of Seneca Crane, which is a creative decision I agree with), and Toby Jones did a fine job with what he was given. 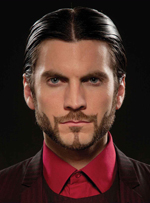 Wes Bentley as Seneca Crane. You have to understand, Seneca Crane is barely even a character in the first book. He’s not even given a name until the second book, and he has very little written about him. I’m nearly positive there is no physical description given. So for some reason, I pictured him as middle-aged and portly. No idea why. However, probably to give the events of the second book/film more weight, the filmmakers expanded the role of Seneca Crane in the film, and Wes Bentley was excellent in the role. He had very few lines, but conveyed quite a bit with his eyes and expressions. 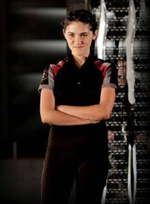 Isabelle Fuhrman as Clove. This is the only bit of casting that I’m positive went completely against the physical description given in the book. In the book, Clove has an imposing physical presence, and is much bigger than Katniss. There’s a scene in the book where Katniss climbs a tree, and Clove can’t follow her because she’s so much larger than Katniss. Isabelle is noticeably smaller than Jennifer Lawrence. That said, Isabelle Fuhrman had every bit of the character’s personality spot on, and delivered all her lines and actions exactly how I imagined Clove would. She just didn’t look like her. But I’m not a stickler for actors having to exactly match physical descriptions in books. I’d much rather they act like the characters than look like them. So I was totally fine with this change.

As far as book-to-movie adaptations go, The Hunger Games was one of the most faithful ones I’ve ever seen. All the main plot points were there. There were some omissions and alterations from the book, obviously. It’s necessary when condensing an almost-400-page book down to a 2.5 hour movie.

Some of the changes didn’t bother me – the elimination of the characters of Madge and the Avox girl; the shortening of the Games themselves; the addition of the scenes with President Snow, Seneca Crane, and the Gamemakers; the lack of mention of the eyes of the mutts at the end; the fact that Peeta (it would seem) doesn’t have his leg amputated after the conclusion of the Games. I thought those changes helped make the story watchable and understandable, especially for people who hadn’t read the books.

Others irked me just a tad. [Major spoilers ahead. Don’t say I didn’t warn you. Twice.]

There’s a scene in the book where the Career tributes leave a girl for dead in the woods, but a cannon (signaling her death) never sounds. Peeta volunteers to go check and finish her off. He’s gone an unusually long time. Finally, he returns and then the cannon sounds. The Careers (and Katniss, who is observing it all from her hiding place) all assume Peeta killed her. But this is also when they’re all assuming that Peeta is helping them hunt down Katniss, when in fact, he’s trying to protect her.

I’ve always been curious what actually happened between Peeta and that girl. It doesn’t seem to be in his character to go and kill a wounded girl. Did he simply wait with her until she died? Did he try to help her? It’s never explained in the books. Since Suzanne Collins collaborated on the screenplay, I was hoping it would be addressed in the movie. But the whole scene is omitted.

The other scene that was left out of the movie that really irked me was the exchange between Katniss and Peeta at the very end of the book. That conversation is the catalyst for some major developments between them in Catching Fire. It changes their entire relationship. And they left it out of the movie.

There is a conversation, and the gist of the original conversation is kind of maybe implied. But in the book, they both state their feelings quite bluntly, and in the movie, it’s all subtlety. I wish it had been blunt.

Other than those two notable exceptions, I thought the adaptation was extremely well done. It was obvious that Gary Ross, the actors, and the crew were trying their best to respect the books and their message.

I’ll be honest – there was a lot of shaky cam. It kind of irked me at first.

The more I thought about it, the more I felt that it was adding to the sense of unease, of wrongness, of the feeling that this world was not good, pretty, or comfortable. And that’s exactly how it’s supposed to feel.

It didn’t feel like a big, glossy action movie where the bad guys blow things up and the attractive hero always escapes by the skin of her teeth. It felt gritty and dirty and upsetting.

Speaking of dirt, I know there are some nay-sayers out there that think it wasn’t gritty and dirty and upsetting enough. But just because people are poor and in a desperate situation doesn’t automatically turn them into cavemen. They can still practice basic hygiene and grooming habits. They can still clean their small, ill-equipped houses. So I was totally okay with the overall look of the movie.

The violence was a big concern for a lot of movie-goers. After all, it’s kids killing kids. How on earth would anyone want to watch that? But much like in the book, where Katniss is observing the violence in bits and pieces as she focuses on trying to keep herself alive, a lot of the violence takes place in quick snippets or off-camera. It’s not downplayed. You definitely feel that these events are not right. But it’s also not gratuitous. It’s not glorifying violence. I thought it was handled well.

If I had to pick one, I’d still say I enjoyed the book more than the film. But this is definitely one of my favorite book-to-film adaptations, especially in the Young Adult genre. I thought the story came across loud and clear. The sets, costumes, and makeup were perfect. The acting was fantastic. If I had my druthers, it would have been about 30 minutes longer, but I know that a 3-hour film based on a book directed at teenagers is just not something studios are interested in doing. All in all, it was great to see a book I love brought to life so faithfully in the theater.