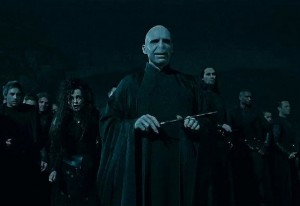 I’ve been thinking a lot lately about villains, and what makes a great one. And although I put a picture of good ol’ Voldy up here, I actually am of the opinion that if the Harry Potter series has a shortcoming (GASP!), it is in the characterization of Voldemort (don’t worry, I will still take Harry Potter’s shortcomings over most other series’ strengths any day). And this is because he spends over half the series as just Super Evil Supervillain Who is Evil for the Sake of Being Evil.

Later on, he got some back story, but it was never really enough to make me feel him as a character. He was simply a foil for Harry (and, you know, the rest of humanity), because having a mega-evil über-wizard as Harry’s nemesis made for some awesome story lines.

So. If Voldemort is not the epitome of all villains, who is?

I’m pretty sure you are not going to be able to predict my answer here. Please bear with me. 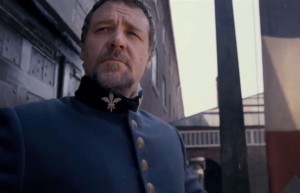 Yup, my favorite villain of all time is Inspector Javert from Les Misérables by Victor Hugo.

Don’t worry if you haven’t read the book, seen the movies, or heard the music. Because the reason I love him can translate to something you are familiar with.

Basically, Javert is a police officer who spends the entire story attempting to hunt down an escaped convict and return him to prison. He also tries to serve his country by infiltrating a renegade group of students who are fanning the flames of rebellion among the citizens of France.

And he’s the bad guy.

The reason he’s my favorite is because he’s so well developed, that if Victor Hugo had decided to write a Les Misérables companion novel from Javert’s POV, he could have easily become the protagonist. His motivations are solid, and he honestly believes he is doing the right thing throughout the entirety of the story by thwarting our heroes at every turn. He is the hero in his own story.

Switching from the book to the musical for a minute (which is absolutely not completely accurate to the book, but which I love and have seen live five times, and am immensely excited for the movie), Javert also sings my favorite song in the show. If you didn’t know anything about the story and just heard this song, you could believe that this is a hero’s anthem.

So stepping away from 19th century French literature for a moment, how does this apply to modern villains? To Voldemort and Umbridge, President Snow and Cato, Victoria and the Volturi?

I think there’s a few things that set a great villain apart from a decent villain.

Decent: Has a well-developed origin/back story.

Great: Has a well-developed,  somewhat sympathetic (not necessarily entirely, but at least partially sympathetic) origin/back story.

Decent: Has his/her own reasons for wanting to thwart the hero other than because they are supposed to.

Great: Has his/her own compelling and understandable reasons for wanting to thwart the hero. Note: These do not have to be sane reasons. Some of the best villains are complete loons with no moral center. But even with the craziest villains, we should be able to follow their reasoning, even if we don’t agree with it.

Decent: Is dark and scary and kind of a caricature.

Great: Is dark and scary and real.

Decent: Thinks he/she is the hero of his/her own story.

Great: If the story was told through his/her eyes, we could easily be convinced that he/she is the hero of the story, and that the hero is the villain.

So who are some great villains? Well, none of the ones I listed above, sadly. But here are some I do think are great, taken from movies, TV, and books.

Hannibal Lecter, Red Dragon and Silence of the Lambs.

This would be a great example of the character being completely crazy. I don’t think he could ever convince any of us that his disturbing cannibalistic fashion statements were based on sane brain function. But even though he is certifiably nuts, he has a way of always making twisted, shiver-inducing sense. And that, to me, is the scariest part of his story.

This isn’t the greatest movie ever, by any means, but I always thought Gary Sinise’s Detective Shaker was an amazingly nuanced and well-developed villain. If you haven’t seen this 1996 flick, I’d recommend it for Shaker alone.

He was never a pure villain or a pure hero. Even when his mission in life was to kill our favorite sassy slayer, it was hard not to root for him. And even when he was trying to turn it around, you could sense the darkness just beneath the surface. Spike is one of my favorite characters of all time, in any medium, because of all these layers. 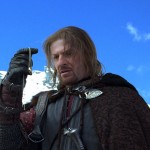 Boromir, The Fellowship of the Ring.

I have now officially seen the movie so many times that I can’t view Boromir objectively anymore — I can’t see any part of his slow succumbing to the ring without thinking of everything that follows — but I remember hating Boromir the first time I read Fellowship. But at the same time, it was so believable watching this gradual descent from a celebrated hero into a bitter man under the ring’s control. Speaking of which… 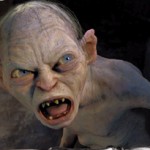 Gollum, The Return of the King.

Granted, Gollum spends the entire Hobbit/Lord of the Rings series being villainous, but he reaches his most evil — and most sympathetic — in Return of the King. No matter how many times he deceived and sabotaged Frodo, I couldn’t help but feel my heart break for him just a little. 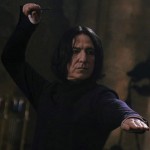 Yes, I know that Snape’s status as a villain is up for serious debate, but I would argue that anyone who makes our hero that miserable for that long can be considered a villain, at least during the time the misery is occurring. But the fact that whether or not he even is a villain, despite the misery, is a testament to how well-developed his character is. Voldemort and Umbridge may not be on my list, but J.K. more than made up for it with Snape. 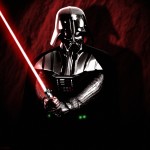 I almost forgot one of my favorite nuanced villains, Anakin Skywalker a.k.a. Darth Vader. Ignoring for a second how terrible the prequels were (I used to think their one saving grace was the fight sequences, then I saw this, and now…), he totally embodies my theory that the best villains could actually be the hero if the story was told from their point of view. Anakin is the protagonist of the (awful) Episodes I-III and the villain of the (awesome) Episodes IV-VI. And that is kind of amazing.

Note: A story does not have to have an awesome villain to be successful. Lots of stories aren’t about a sentient antagonist, but are instead about heroes overcoming some other sort of conflict, and those stories can be just as good, if not better, than stories featuring intelligent, nuanced villains.

But if the foil to the hero is The Bad Guy, then I’d certainly hope the bad guy has a good reason for doing what he’s doing.

What do you think? Who are some of your favorite villains, and why do you love to hate them (or hate to love them)?