You may remember me mentioning the upcoming fantasy adventure Defiance, which is one of my favorite books of 2012. I met the author, C.J. Redwine, a few months ago right after I finished reading Defiance, and I may have gushed just a tad (and/or a lot). I put a teaser review up shortly before then, because I couldn’t wait to give you all a glimpse of how much I loved this book. My full review will be coming soon, because Defiance releases August 28, which is NEXT MONTH.

And today, I have an interview with C.J. herself! Aren’t you BESIDE YOURSELVES with glee?

Well, you should be. 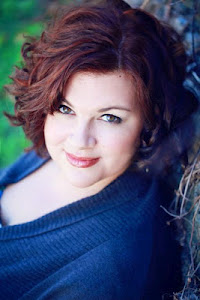 What gave you the idea for Defiance?

I have no clue. Ideas just ferment inside my brain and then one thing leads to another and BAM! I suddenly see a story.

Was the book always written from both Rachel’s and Logan’s points-of-view?

Nope. I got halfway through the book with just Rachel’s POV, and then realized Logan had such a strong story of his own that he really deserved to have his own shot at telling it.

Which character was easier to write, Rachel or Logan?

Hmm. I got inside Rachel’s head faster than I did Logan’s. Mostly because his brain sort of breaks mine. It’s all … scientific and analytical and logical. And I am usually NOT.

Can you give us the title of the sequel to Defiance? And when can we expect it to be released?

The sequel’s title has yet to be approved by Marketing, so I can’t say anything about that. It will be released next fall. (2013)

THCW Note: I suggested “Even More Defiance: Now With Extra Sass,” and C.J. said she liked it. Now I’m going to be shocked and appalled if that’s not the title.

How many books will there be in the Defiance series?

Any plot teasers that don’t spoil what happens in Defiance? Are we going to learn more about the Commander’s back story? Logan’s mother?

Yes! And more about Quinn and Willow’s back story too.

The world of Defiance seems to be mostly medieval fantasy, with some almost sci-fi technology thrown in, like the wrist scanners. How did you weave these different genres together in a way that made sense? And what genre would you put Defiance in?

My publisher is calling Defiance a fantasy adventure. I had no idea I’d written a fantasy. I was just writing something that had a little piece of everything I love: post-apocalypse, dystopian, fantasy, light sci-fi, and romance. I wove it together by knowing the rules of my world and making sure everything I did stayed within those rules.

How did you come up with the names for your characters?

Most of them just came to me with a name already attached. I don’t know how. My brain is a strange place.

What’s the most exciting thing about having your book published? The scariest thing?

Most exciting and scariest are the same thing: I finally get to put my story in the hands of readers and let them interact with my world. That makes the story theirs instead of mine, now. That’s both thrilling and almost vomit-inducing scary, lol.

How did you find your agent?

I wrote a good book, networked at conferences, queried those I’d researched, and on the recommendation of a friend, made sure to include Holly in those queries too.  Months later, we were happily agent and client.

I cried. I’d been with Holly for two years and gone out on submission with two other books (not YA) and hadn’t sold. But I kept working at it, believing that one day I’d write the one that DID sell. I almost didn’t believe it when Holly called to tell me one of the editors who had Defiance was going to make an offer. It didn’t feel real for days.

How long did it take to write Defiance?

Two and a half months.

What’s your writing process like? How do you overcome writer’s block?

Much of my writing process is in my head. The story has to live there and breathe for a while as I wander through the scenes and listen to the characters and start to get a feel for it. Then, I sit down and write multiple crappy beginnings, throw them all away, and finally find some traction and write the entire thing.

I don’t let writer’s block get in my way for long. If I’m stuck, there’s a reason. Either I need to refresh my well of creativity, or I’ve pushed the scene in the wrong direction and need to back up a bit. I take care of that and jump back into the thick of things.

What’s one piece of advice you would give to an aspiring author?

Your first book (or two, or five) might not be the one that will get you a publishing contract, but you should write it (them) anyway. You’ll be amazed at how much you improve from book to book.

What are you most looking forward to in the next year (other than the release of your book)?

Spending time with my family. I know that sounds cheesy, but that’s pretty much what I do for fun.

What other authors are your inspirations?

Oh, so many! I have taken bits and pieces of inspiration from all kinds of books. The way Stephen King puts a name to our secret fears and parades it in front of us. The way J.K. Rowling builds her world so seamlessly that we truly believe it must exist. The way Myra McEntire writes swoony, awkward kissing scenes that feel true to life. The way Franny Billingsley describes things so that they feel at once familiar and brand new. I could go on and on all day here.

What are your 5 “desert island” books?

Only five????! *pets ALL the books* I have such a huge TBR pile, that I think I’d grab a selection from there. I know that’s a wuss answer, but seriously … I can’t choose just five.

If there was a movie made of Defiance, who would you cast to play Rachel, Logan, Oliver, and the Commander?

Logan – Chris Pine. He’s probably too old for the role, now, but still …

Commander – Bill Nighy, as he was when he played Viktor in Underworld.

I’m pretty sure the husband has earned himself a cookie or two with that one. And maybe an ice cream sundae. Speaking of which…

What is your favorite dessert?

What’s your drink at Sonic?

Peach tea (made with unsweetened tea)

How do you take your coffee or tea?

No coffee. I love tea with honey in it.

Batman. Because really? Batman> Every Other Superhero. Why? Hello? Cars, high tech toys, angst, and Alfred. Game over.

What movie made you laugh the most? Cry the hardest?

Laugh the most has to be The Whole Nine Yards. There is an entire scene that made me laugh so hard I nearly choked. For five minutes.

Cry the hardest is definitely Harry Potter and the Deathly Hallows Part 2. I was UGLY crying. Like “can’t breathe out of my nose” crying.

What’s your idea of the perfect vacation?

Thanks so much, C.J., for joining me on the blog today, and for writing such a great story! I can’t wait for everyone else to discover its awesomeness.

If you would like to support C.J. (and you SHOULD), you can find her at the following places:

And don’t forget to preorder your copy of Defiance, releasing August 28, 2012!