Welcome to Top Ten Tuesday, hosted by The Broke and the Bookish! This week is a FREEBIE topic, which is good because I’ve been cheating the last few weeks anyway. Best let me get it all out of my system at once so I can go back to playing by the rules ASAP.

I’ve been a little like a kid in a candy store trying to come up with a topic, but I kept coming back to the same thought after I saw Victoria Schwab mention on Twitter that her upcoming book The Archived was inspired by this dance from one of my favorite TV shows, So You Think You Can Dance. Then Myra McEntire threw more fuel onto the fire by letting me know that several characters in the Hourglass series are based on dancers and choreographers from the show. 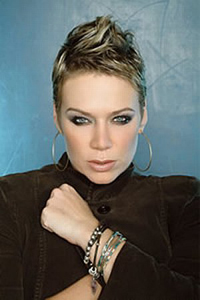 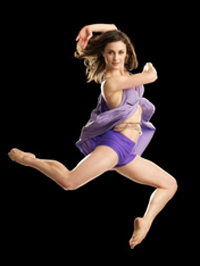 And I started to think, what if more authors used this show as inspiration for their books? There’s certainly enough inspiration to choose from.

And thus I bring you my Top Ten list this week, in which I let my imagination run wild. I even pitch a plot for each book and pick an author that I think has the chops to pull it off (disclaimer: that doesn’t mean that the author has ever written anything like these pitches; I just think their their voices and strengths would lend themselves well to these stories).

Authors, feel free to take me up on any of these. My world would be a happy, happy place if you did.

(additional disclaimer: I could either have picked 10 dances, or done 10 book pitches. I did the latter, because that lets me use more dances)

Premise: After having his heart broken when his high school sweetheart is stolen by his best friend, an introverted teen begins an awkward and ill-fated relationship with his teacher.

Premise: Two childhood friends grow up to find themselves the reluctant heirs of warring kingdoms.

Premise: A retelling of the classic Romeo & Juliet story, set among the organized crime families in 1930s Chicago.

Premise: Renegade wood nymphs decide to leave their forest home to live among the humans, but their mischievous ways and mysterious powers make them a target for dark forces that would harness their powers for evil.

5. Heaven is a Place on Earth/Battlefield/Coming Home, Season 7/Season 5/Season 8 (yes, I know the gender of the soldier changes throughout these dances, but that’s why they’re inspiration and not a literal representation)

Premise: A young couple’s relationship struggles after one of them enlists to serve overseas, has an affair with a fellow soldier, and finally returns home to battle PTSD.

6. Ramalama (Bang Bang)/Paris is Burning, Season 2 (this is actually the 100th episode version, which has the S2 dancers + choreographer Wade Robson)/Season 7

Premise: In an alternate Victorian London ruled by the undead, a small group of young aristocrats struggles to hide a dangerous secret: They’re still alive.

Premise: In a post-apocalyptic future where intelligent robots have won the war against humanity, a small group of rebels fights back.

8. Every Little Thing She Does is Magic/The Dance, Season 7 (sorry, I couldn’t find a higher quality video that allowed embedding, but if you want to go to YouTube, there’s a high quality version here)/Season 4

Premise: A teenaged Alice returns to Wonderland and joins forces with the Mad Hatter to raise an army and overthrow the Red Queen’s reign of terror.

Premise: After being dumped by her boyfriend and shunned by her classmates following a vicious rumor, the most popular girl in school finds the only person that she can truly be herself around is her neighbor, a boy she has ignored since elementary school.

10. Bleeding Love/Mad World, Season 4/Season 7 (This is the tour version of the performance, because I couldn’t find a version of the original that I could embed)

Premise: After his relationship with his wife falls apart because of his workaholic ways, a successful businessman re-examines his life when he discovers the beggar outside his office is his college roommate.


If you liked this topic, I told my friend Shannon over at Stalking the Bookshelves that I was going to do this topic this week, and she asked if she could join on the SYTYCD fun. And of course, my thoughts were the more the merrier! We didn’t tell each other which dances we were picking, so head on over to her post and see if we picked any of the same ones!

Also, if you’ve never watched SYTYCD but now you want to (and you SHOULD want to), now is a great time to start! The first performance episode airs tomorrow (7/11) on FOX at 8 EST.

Sorry for the commercial.

41 thoughts on “Top Ten Tuesday: #SYTYCD Routines that Could (and Should) Inspire Books (@DANCEonFOX)”