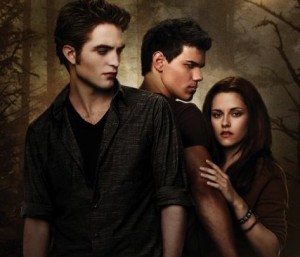 So, first off, what is a love triangle? I realize there’s a lot of definitions out there, and mine is not necessarily “right.” But since this is my blog, I get to define it today.

[DISCLAIMER: For the purposes of this post, I’m going to use the one-girl-two-guys formula for love triangles, because I don’t feel like saying “him or her” constantly throughout the post. But obviously, these gender roles can be reversed.]

[DISCLAIMER #2: I give some examples below. This is by no means meant to be an exhaustive list. Just some illustrations.]

In my opinion, a love triangle is a story in which a large portion of the plot centers around reciprocated romantic feelings between a girl and two potential suitors. In a real love triangle, the girl must be romantically attracted to both guys, and must seriously consider each of them as a viable romantic candidate. They must also be romantically interested in her. She can favor one over the other, but she must at least give thoughtful consideration to both. The deliberation must also last for a prolonged period of time, not just for a couple chapters.

NOT a Love Triangle

So what isn’t a love triangle? Oh, so many things. Basically, any story which does not fall into the above classification. But I will break it down.

Girl is in a relationship that starts either before or very near the beginning of the book, then realizes she doesn’t actually want to be with that guy. She then moves on to someone else.

They may both be interested in her simultaneously, but she doesn’t spend a lot of time agonizing over which one to choose. There may be a slight amount of overlap, but she mostly moves from one to the other. In this example, the defining characteristic is the fact that she is not interested in/does not seriously consider both guys simultaneously, or at least not for more than a couple chapters.

This is not a triangle. This is a linear progression, and with or without the overlap, it’s how most relationships go. One doesn’t work out. You break up. You move on to someone else.

I think the confusion comes when in books, the moving on happens immediately after the first relationship ends (or even right before it ends), because it would be boring in a book for there to be months of singleness in between relationships. But you have to realize that in the mind of the protagonist, she wasn’t ever simultaneously falling for two guys. She was just moving on.

Before I Fall, Pushing the Limits

Two guys are interested in the same girl, but she only ever really considers one of them as a viable option. Again, the other may be given brief consideration, but her feelings toward him are probably not very romantic.

Raise your hand if you have ever been in a relationship, then found out one of your other friends (who you were not interested in) has a crush on you. Did you consider yourself to be in a “love triangle?” Or did you consider your relationship separate from the crush, since you never really considered the friend romantically?

Again, let me put this in the context of real life. For the purposes of this example, let’s assume you’re a girl (since most of you probably are). And you’re dating a guy. And you also have a friend who’s a guy, but you’ve never been interested in him and he’s never been interested in you. In fact, he’s dating someone else, which you’re totally happy about.

And then some random person who doesn’t know you comes up to you and says, “Hey, I know you’re both dating other people, but I think you would be SO GOOD together, and I think you should give it a try!”

What is your thought process? “Oh heavens! I appear to be in a love triangle!” or “You have no idea what you’re talking about, crazy person.”

…do I actually need to give one? I think we all know what I’m talking about.

How to Spot a Love Triangle:

1. Are there 3 or more main/prominently featured characters who are capable of being attracted to one another?

2. Are two of them romantically interested in the same person?

3. Is that person honestly romantically interested in both of the others?

4. Does this interest prompt a need for that person to make a choice between the other two?

5. Is the choice difficult?

6. Is the decision-making process lengthy, and does it provide a significant conflict for the person making the choice?

If the answer to ALL SIX questions is yes, congratulations! You’ve found a love triangle!

I think us readers need to take a chill pill when it comes to the whole love triangle thing. Yes, lots of books have love triangles, possibly too many books. Yes, sometimes they’re used as pointless plot devices, and the story could be just as strong, if not stronger, without them (although with real love triangles, many times they actually are central to the plot, because the love triangle is the conflict. Or one of them.)

But a lot of books don’t have love triangles. They have characters who interact with each other, and they have conflict, but the point of the book and the dilemma of the characters is not supposed to be “Who is she going to choooooose?” That’s not what the author intended, and it’s kind of a lousy thing to take away from a story where the focus was supposed to be something else.

I think everyone needs to put down the “Team Whatever” button makers, take a deep breath, and back away slowly.

P.S. This is my first pure discussion post. Thinking of doing more of them in the future.

* Yes, Edward definitely has the edge, but Bella spends a good period of time trying to make something work with Jacob, and it is one of the central conflicts of the story.

**I realize that a LOT of people think there is a genuine love triangle in the Hunger Games series, but I maintain that Katniss never really considers one of the contenders romantically. She tries to convince herself to think of him that way, because she doesn’t want to hurt his feelings, but that’s about it. If anything, the “triangle” in that book is between Katniss, the guy she eventually ends up with, and being alone.

P.P.S. So far everyone in the comments is behaving themselves admirably, but I just want to ask that no one spoil the end of any of these, or any other, books for anyone. Believe it or not, there are still people out there who haven’t read Hunger Games. Or Harry Potter. *faints*